Kallbaku Mountain Summit reaches an elevation of 2174m above sea level. It is located in the north-eastern part of Albania in Kukës District. It extends over the Shishtavec area and is part of the Korab-Koritnik Natural Park. The Kallabak Peak represents the meeting point of the border of three countries, Albania, Kosovo and Macedonia. The inhabitants of the three countries living in this area are of Albanian citizenship.

From the Kallabak Peak you can spot the Sharri Mountains that extend from Kosovo to Macedonia, Gjallica, Koritnik, Korab, a part of the Albanian Alps, as well as the largest Alpine meadows in south-eastern Europe, part of the “Shtegu i Ngjyrave” (‘The Colour Trail’).

The climb to Kallabak mountain starts from the Novoseje village centre, at 1300m, part of Shishtavec commune, or near the lake under the same name, Novoseje Lake at an altitude of 1500m above sea level, at the place called “Stani i Hoxhës” (‘Imam’s Stall) at 1350m. Novoseja Lake is an artificial lake, 400 meters long and 200 meters wide, and is surrounded on three sides by a forest occupied mostly by pines.

The trail starts in the village centre and continues for 4 km in the direction of Lake Novoseje at 1500m, and continues for 5 km to the Kallabak Peak at 2174m. The trail, along all this part of the climb, passes through an easily accessible terrain, amidst alpine meadows, in which during the spring period, you can see a colourful landscape from the blooming flowers. The most special flower that you can encounter during climbing, is the Albanian Lily (Lilium albanicium), an endemic endangered plant, which is classified as threatened. The breathtaking landscape and the lawns that continue to extend up to the part of Kosovo and North Macedonia accompany you throughout the climb to the summit. The Kallabak Peak is a large limestone rock surrounded by Alpine meadows on all sides.

The trail starts in the Novosej village centre, 28 km away from the Kukës city centre, or to “Stani i Hoxhës” at 1350m, whether you choose to climb form Novoseja lake which is the most convenient and shortest path. The road is paved and can be done by any type of vehicle.

The path is in good condition and accessible without any issues along its entire distance itinerary and is considered a path of medium difficulty level. Due care must be considered during the winter period because the last part of the ridge to the top, can be frozen, and the descent part of the slope makes climbing highly dangerous, especially for those people who do not have the right equipment for climbing in conditions such, or and have no previous experience of climbing on icy or frosty terrain. 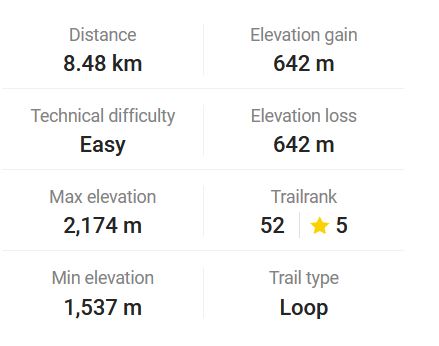 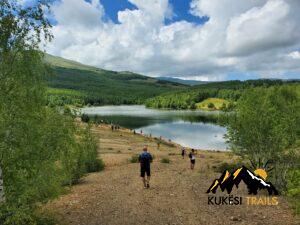 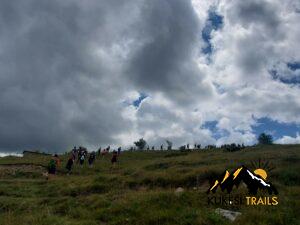 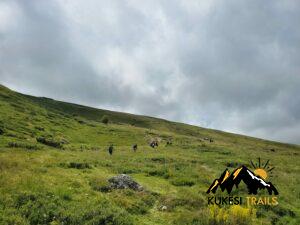 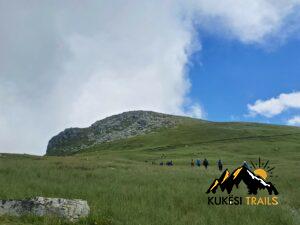 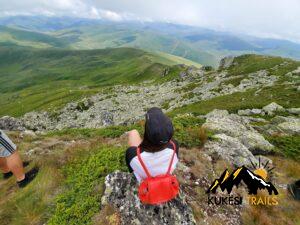 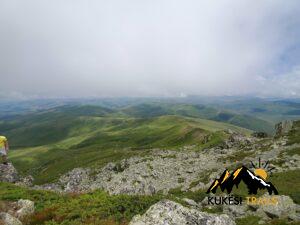 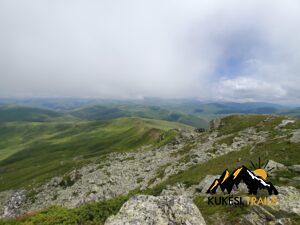 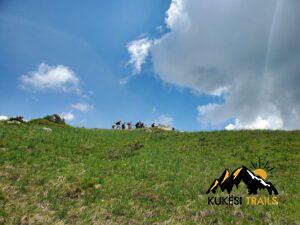 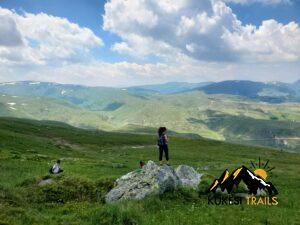 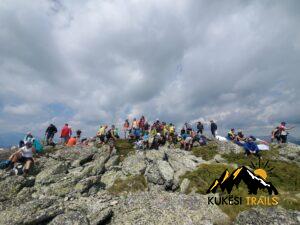 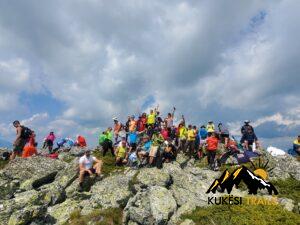 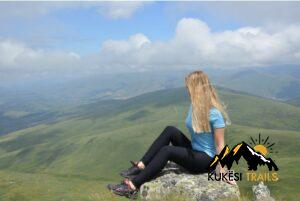