The climb to Gjallica Mountain starts from Brekije village, a village that is part of the Municipality of Topojan, located at 1235m above sea level. The hiking trail starts in the centre of the village where there is a spring, the source of which flows from Gjallica, and continues in the direction of the agricultural lands and fields of the village, located about 1 km from the Brekija centre.

Upon walking for almost 2.5 km, along the trail at an altitude of 1570m, you see some cattle shelters, the roof of which is handcrafted and covered with dry grass in such an old authentic way used to cover the huts where cattle are kept, and nowadays is hard to find such hut shelters except for the villages of these areas.

The trail continues for about 2.5 km in the direction of Gjallica, first through an oak forest, and then towards an altitude of 1750m where the pictorial alpine meadows and pastures are displayed in the location denominated the “Stanet e Bicajve” (‘The Stalls of Bicaj’). In these alpine meadows or pastures, the inhabitants of the Bicaj area, transfer the livestock for transhumance in the warm season in highland stalls located at 1800m above sea level, and due to this seasonal migration of livestock this pasture area is called the Bicaj Stalls. Furthermore, this area is also denominated as the “Kroi i Kuq” (‘Red Spring’), due to the presence of a spring that flows from the slope of Gjallica, and the herders who spend the transhumance in the stalls make use of the spring for their needs and for their livestock. This spring has a reliable rate of flow during all seasons, despite being located at an altitude of 1900m above sea level.

Most of these stalls are functional, and therefore from the beginning of spring, and until the beginning of winter when the first snow starts, you can see herds of cattle, mainly sheep, grazing on the slopes of Gjallica.

After refreshing with the water of “Kroi i Kuq” (‘Red Spring’), the path continues for about 1 km along the bare slope of Gjallica up to an altitude of 2100m, towards a meadow called Laku or Podina, which joins the southern slope of Gjallica, with the Vojvoda’s “Pylli me Pisha” (‘Pine Forest) or as the Venmira’s inhabitants differently denominate.

The trail continues to ascend to the southern slope of Gjallica elevating to an altitude of 2400m for just 1.2 km, on the first peak, which is called “Maja e Vole” (‘Vole’s Peak’). At this peak, since at beginning of the climbing, the city of Kukes, the “Drini i Zi” River (‘Black Drin River’) coming from Tetovo and the “Drini i Bardhë” River (‘White Drin River’) coming from Prizren are clearly spotted. The two rivers join in Kukës Lake to continue then the flow towards Koman Lake.

1 km remains up to the top of the trail climbing, and almost the majority part of the trail passes through the Gjallica ridge, up to the highest point of 2489m. The national flag waves at the highest peak placed by the Kukës Alpinists. It is a tradition that each of the climber groups or Alipinists in Gjallica Mountain, replaces the flag which may have been damaged by atmospheric factors.

This crossing is characterised by 1250m interchange and a total of 15 km ascent-descent. The time required to cover this distance is about 7-8 hours. 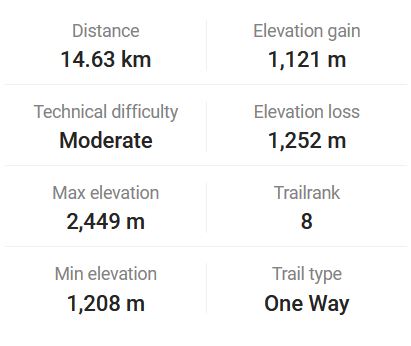 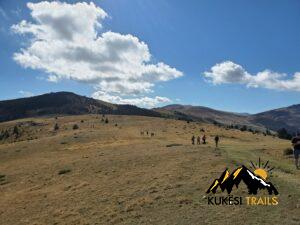 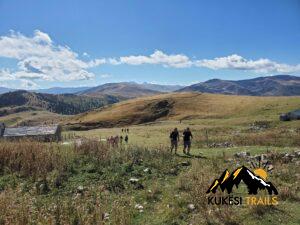 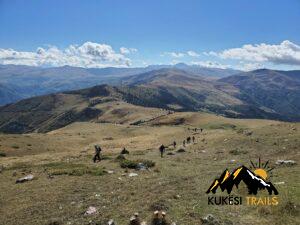 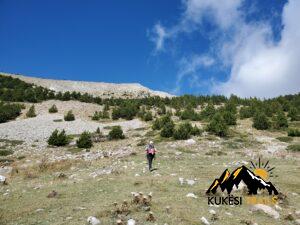 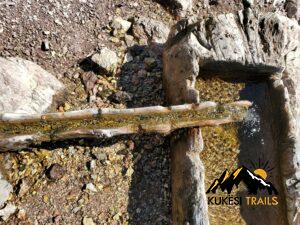 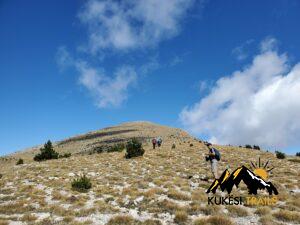 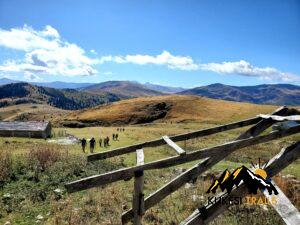 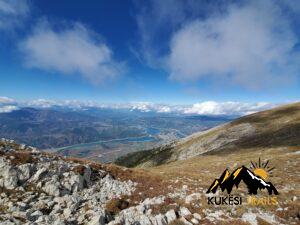 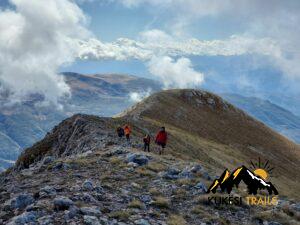 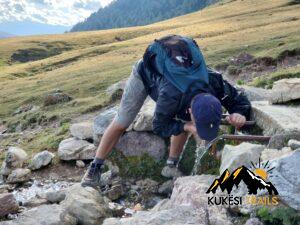 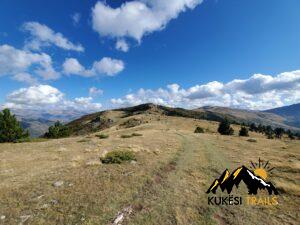 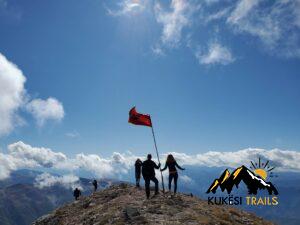 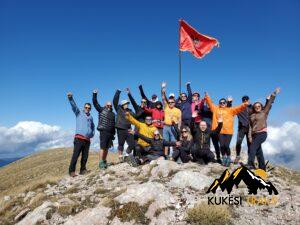