The Bicaj-Brekije passage, starts at the Mustafë Village, (450m) part of the Municipality of Bicaj, passes through both neighbourhoods of the Tërshen village, (at 1050m and 1300m) ascends to an altitude of 1750m, where the “Stanet e Bicaj” (‘Bicaj Stalls’) are located, to descend later to the Brekije Village (1350m) part of Topojan Commune.

The trail from Mustafa to Brekije is 14.5 km long and is entirely a pedestrian route. This trail is mainly used by the inhabitants of the Bicaj area to send cattle to the stalls located at the foot of Gjalica Mountain, or to connect and communicate with the villages on the other side of Gjallica.

The most suitable period to visit this area, and to undertake this passage, is the period of spring and autumn.

The trail is associated with vegetation of all kinds, from flowers, shrubs, pine forests, beech tree, oak, fruit trees, and Alpine pastures located at altitudes above 1500m. Small streams that descend from Gjallica and the Kolesjan Mountain, accompany you along the entire journey as they pass through the Tërshen area. In one of these streams, a water mill has been built, which is still functional, and the inhabitants of the area use it to grind the corn.

To follow this path, you must go to the village of Mustafe, 11 km away from Kukës, following the Kukës-Peshkopi national road. The road that leads to the village is in good condition and accessible by any means of transportation.

The trail starts in the Mustafe Village at 450m high.  After walking about 1.6km, at an altitude of 750m, in the place that the inhabitants call “Shkalla e Keqe”, you encounter a massive rock that extends along the trail, about 80m long, which the inhabitants of the area call “Rrasa”. “Rrasa”, is located for almost 300m vertically from the Sheja Riverbed which meanders through the Bicaj Canyon. The canyon was created precisely as a result of the rock erosion by the water of the Sheja River. The path from Rrasa continues for almost 1.4 km above the canyon, and then passes through the Tërshen village.

Tërshen village has two neighborhoods, respectively Tershen and Shpan neighborhood. Along the path in the Tërshen neighborhood, small streams pass under some small wooden bridges, designed and built by the locals. The village has characteristic alpine houses usually surrounded by fruit trees.

After passing the Shpan neighborhood, for about 2km, you pass through a pine forest, where at an altitude of 1700m, at top of Gjallica Mountain, the meadows of Vojvoda appear, or “Venmira” as the inhabitants of the area prefer to call it. In these alpine meadows or pastures, the inhabitants of the Bicaj area transfer the livestock for transhumance in the warm season. Due to this reason the area in which these pastures are located is called “Stanet e Bicajve”(‘Bicaj Stalls’).

The altitude of 1750m, is the highest point of this passage and after this peak you have to descend in the direction of the Brekije village, for about 600m level and 4 km distance. The descent to the village of Brekije, passes through an oak forest, which, especially during the autumn period, looks alike to a colourful tunnel.

Along the trail as you approach the village of Brekije, as soon as you come out of the oak forest, you can see some cattle stables, the roof of which is hand crafted and covered with dry grass in such an old authentic way used to cover the huts where cattle are kept, and nowadays is hard to find such hut shelters except for the villages of these areas.

The path continues and passes near the agricultural lands and fields of the Brekije village, which are not far from the houses. At the end the path passes through the village of Brekije, composed of alpine type houses, surrounded by fruit trees. In the village centre where the trail ends, every visitor can refresh themselves in the spring water flowing from Gjallica Mountain.

This passage has 1400m level and 10 km uphill from Mustafe village to “Stanet e Bicajt”, and 600m interchange and 4 km descent from “Stanet e Bicajt” to Brekije. The time required to cover this distance is about 7-8 hours.

The path is in good condition and accessible without any issues along its entire distance itinerary, and is considered a path of medium difficulty level, technically easy.

The most suitable period to visit this area, and to undertake this passage, is the period of spring and autumn. During winter the area could be isolated due to adverse weather conditions and the presence of snow 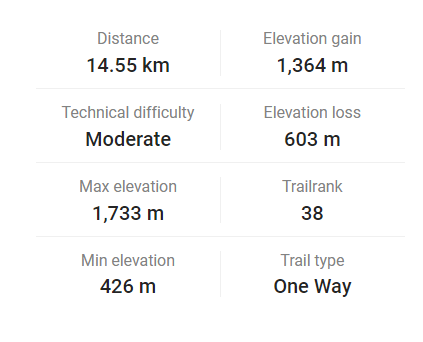 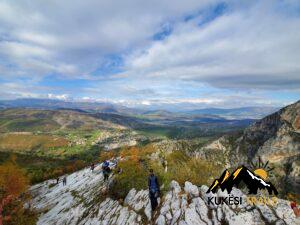 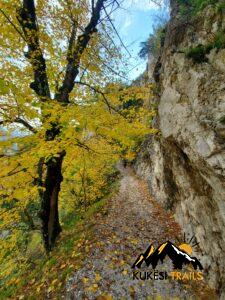 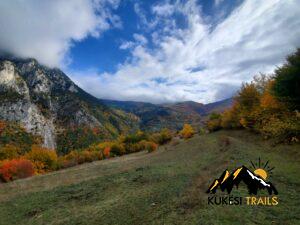 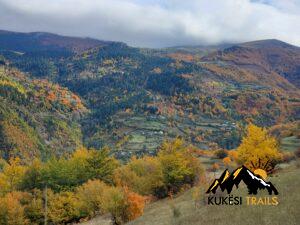 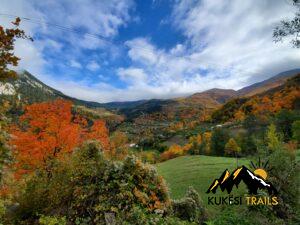 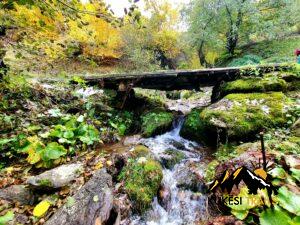 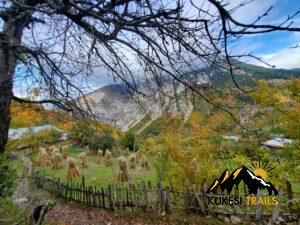 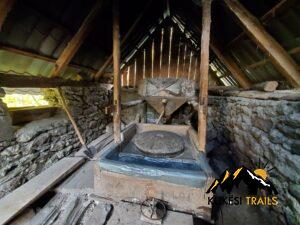 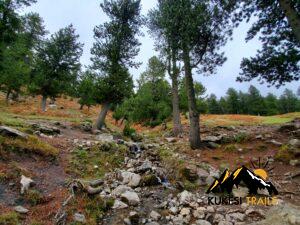 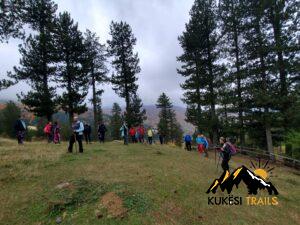 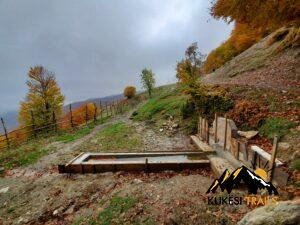 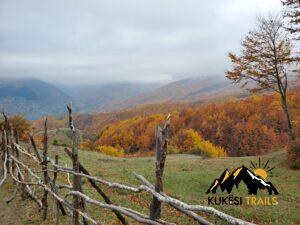 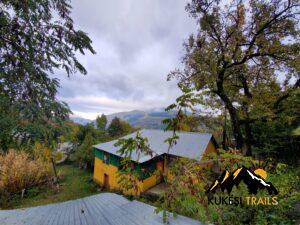